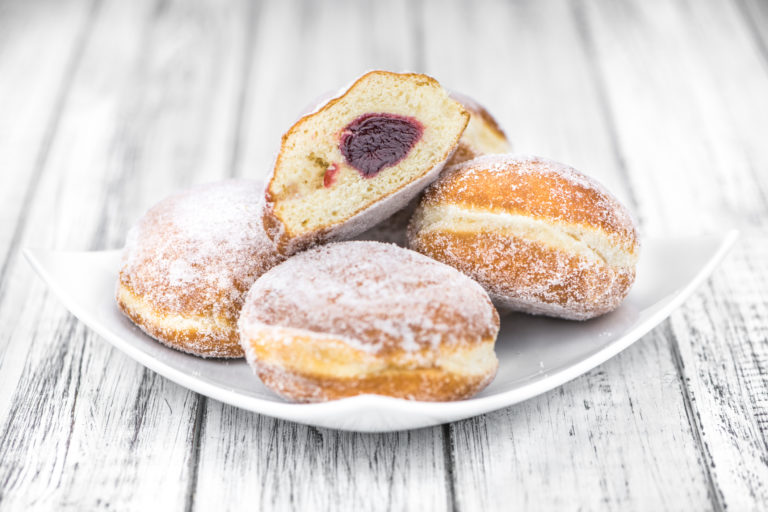 Former legendary football manager Harry Redknapp is taking his roly-poly business to the next level. Harry’s jam roly poly is being made available for purchase online. Harry took the opportunity of being an influential figure to bring out his wife’s secret recipe for Britain to enjoy.

The crowned King of the jungle launched the online venture to bring his beloved favorite puddings to the nation. All these puddings are made at Windsor’s own Heidi bakery, hand-baked to Harry’s recipe and with Harry as the head chef. The Heidi bakery was founded by Heidi Daniel after she convinced her father to let her open a small bakery in the family department store. It has since grown into a sizable business with another branch in Farnham, Surrey.

Harry’s love for the pudding captured the imagination of the British public during his stint in the jungle before being crowned king of the jungle. He expressed his perpetual love for the roly poly. Stating that the thought of it was the only thing that kept him going while in the jungle.

All this is for a good cause as Harry’s Jam Roly Polys will be giving 20 percent of the proceeds to the homelessness charity, Hope Housing. Hope Housing provides housing support to homeless people in Bournemouth, as well as training and education to residents to help them move into self-sufficient living. He and his wife were spotted handing out the delicious desserts to rough sleepers in town during Christmas.

Harry is an expert of roly polys. However, he did not have even the slightest idea on how to create a website and sell his favorite jam roly polys online. He joined forces with GoDaddy, a company that empowers entrepreneurs, to help him build a smart and easy-to-use website for his sweet-toothed customers. GoDaddy hopes that Harry’s new lucrative business venture will encourage more entrepreneurs to join the copious number already flourishing online.

This campaign is by far the largest GoDaddy campaign outside the US. Harry aims to sell the classic pudding online and inspire people with an idea to take the plunge and start their own business online.

The Role of GoDaddy

Irana Wasti, GoDaddy’s SVP, quoted Harry as an example of entrepreneurs in the UK who are very ardent about what they do but are short on time to express their ideas in the online platforms available. He added that venturing into the online business world isn’t as callous as many people perceive it to be. Thousands of British entrepreneurs roll in the hay every week.

GoDaddy understands that small businesses are the unheralded backbone of the UK economy. Unfortunately, most of them miss out on great opportunities due to their invisibility online. GoDaddy is committed to changing this adage.

Harry’s jam roly poly features strawberry, chosen over the traditional raspberry as he says that it is how he likes them at home. The top-secret recipe has been his wife’s, handed over by her nan and passed through the family over time.

All thanks to Heidi bakery and GoDaddy, Harry’s jam roly poly business has been successfully transformed into an entrepreneurial venture.

Previous ArticleStep by step instructions to hire a General Contractor for Remodelling Your Store or Office
Next Article Who Is Gerald Ratner and What Did He Do?